When Dan Behrens rekindled his childhood love of comic books a few years ago, he found he was having a hard time keeping track of which titles came out when. Drawing on his background in user experience and user interface design, he got the idea to create an app that tracked comic release dates.

“As I started working through the idea, I thought ‘Why don’t we just start a comic shop that does the same thing?’” Behrens says, noting that it wasn’t a big leap from the idea of showing comic fans when the latest issues of favorite titles would hit shelves to the notion of also selling and shipping those books to them.

And thus Comic Cartel, the online comic shop he runs with his friend and business partner Lucas Sorbo, was born. The four-person ebusiness is a fanboy’s dream, with a knowledgeable, passionate staff (four members and counting); easy browsing; and just about every comic series from The Avengers to Zombies vs. Cheerleaders.

“The whole idea is to mimic your local comic shop online,” Behrens says. “So you get really good customer service. We’ll chat with you if you have any questions or want recommendations. We’re kind of the comic guys behind the counter, but behind the chat [window] really.”

While fans fortunate enough to have a brick-and-mortar comic book store in their town can walk in each week and pick up the latest issues of their favorite books, most online shoppers prefer to subscribe to titles, with the average fan having around a dozen subscriptions. So when it came time to set up shop, Behrens knew he needed an ecommerce platform that could handle recurring orders and payments.

“We already had a landing page up using WordPress,” he says, “so I thought there’s got to be a way to do this with WordPress; WordPress can do everything.”

Behrens recalled WooCommerce, which he’d used a few times at an agency he used to work at. “I dug into it, and the subscriptions plugin was available and just about everything we needed was there. And it was lot cheaper than other subscription (tools) you pay a monthly fee to use.”

Behrens was also impressed by WooCommerce’s easy setup and the variety of compatible plugins. “We could do email follow-ups with one of the plugins that works perfectly with the WooCommerce subscription plugin,” he says. “There’s a good handful of those [plugins] that worked great.

The platform allowed for customers to browse virtual bookshelves and subscribe to titles with a click, while on the backend Behrens could track what books a customer subscribed to, what their subscription fee was, when their last payment was made, and when to ship the issues. From there it was a matter of packing them up and mailing them.

Overall, Behrens found WooCommerce to be great for starting out Comic Cartel’s subscription business and making sure his customers never got stuck with a cliffhanger.

Currently, Comic Cartel has about 600 subscribers. But because of that growth, WooCommerce’s limits were being strained harder than the Hulk’s biceps.

“It was fine when we were small,” Behrens says. “Once you get into thousands and thousands of subscriptions it’s really daunting. That’s very specific to what we’re selling and our industry. Because it was 10 subscriptions per person and sometimes 40—it gets a little crazy.”

“I would tell them to dig into WooCommerce and go for it. Even if it’s just a test site, use it with that so you get a feel for it. Because it’s cost effective and it works really well.”

And even though WooCommerce wasn’t the long-term solution for Comic Cartel, Behrens has no regrets.

“I would definitely not do anything differently,” he says. “I think it was the perfect solution for what we needed.” 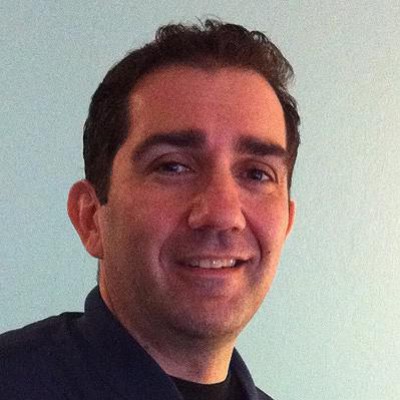 Avalara Author Michael Ansaldo
Let's chat
I'm interested in learning more about Avalara solutions.
Chat with Sales
I am an Avalara customer and want to chat about my products and services.
Chat with Support