Budgeting Strategies for Advertising on Amazon

I confess that auctions make me nervous. I fear that I will be swept up on the excitement of the moment and allow my reasoning to be dismissed by the hope of victory. That’s why you’ll rarely find me entering the fray at an auction house. And if you do see me there, you can be sure that I’ll have a budget in mind before I raise my paddle.

The same strategy applies to advertising your products on Amazon. In fact, Amazon’s Campaign Manager won’t let you set up ads for your campaigns until you’ve entered a budget.

It helps to understand how Amazon Sponsored Products budgeting works. For simplicity, each campaign has its own budget instead of budgeting for each individual product you advertise. This is important to keep in mind when setting up your campaigns, but more on that later.

So while your campaign is running, on any given day your ads will participate in auctions until your $16.67 is depleted. Then at midnight your budget goes back to $16.67 and you start bidding again.

Keep in mind that this is an average daily budget. That means that at the end of the month you will not exceed your monthly budget of $500. That means that you could spend more or less on any given day. If on Monday, you only spend $15 on clicks, the $1.67 that you didn’t spend gets added to your budget on Tuesday. So you could potentially spend $18.34 on clicks on Tuesday. If you do, your budget on Wednesday goes back to $16.67.

At some point, you might find yourself creating many campaigns with a wide variety of budgets that are difficult to keep track of. If it makes you nervous that you might end up spending a lot more on advertising than you want, you can always set a budget at the account level.

Just keep in mind that your daily cap should not be lower than any of the campaigns. If for instance one campaign has a budget of $20 and a second has a budget of $30, and you set your daily cap to $20, your second campaign will never reach it’s campaign daily budget. In fact neither one of the campaigns is likely to reach their budget. If they average the same number of clicks, they’ll each top off at around $10 each day. Which begs the question: Why set campaign budgets if you don’t intend to use them?

Amazon recommends that you don’t set a daily cap at the account level. You can change it at any time, so if you want to quickly shut down all of your campaigns for whatever reason, you could always set the daily cap temporarily so they stop running. When you’re ready to resume, you could switch back to using the campaign-levers budgets only.

When you create a campaign, start by considering how many products you will advertise and how many clicks you’ll need to get the increase in sales you need. Keep in mind that not every click will result in a sale. If 1-in-10 clicks scores a sale, then multiply every sale you want by 10 and then multiply by your ad group's default bid.

Set Your Budget by Frequency

Earlier I mentioned that budgets are set at the campaign level, not the ad level, and that can influence your budget strategy. Your campaign budget should influence how you group your ads together. For instance if you are advertising products that are frequently searched for, you probably don’t want to include them in the same campaign with products that are shopped for infrequently. If you combine these into one campaign, you might find that the fast-moving products are eating up your budget and not leaving anything for the products with a slow turnaround.

Set Your Budget by Profit

Similarly, you probably want to group products with similar profit ranges together. You might be inclined to bid higher on products that have a higher profit than products with a small profit. If your bids are higher, you’ll need a higher budget to get the clicks you need to sell your products.

Return to campaign manager at least once a week to see how your campaigns are doing. If your campaigns are maxing out on a daily basis, try increasing your budget a bit. If they are producing the sales you want, then increase a little more. If you never reach your daily max, then you can either reduce the budget or increase your bids. 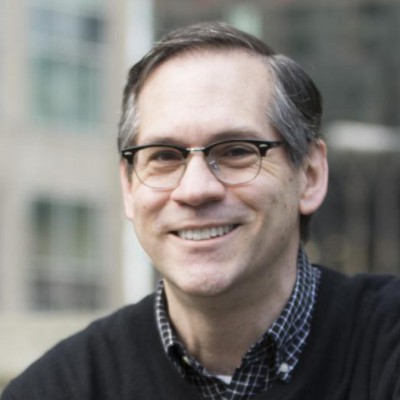