Deadline for the Amnesty Scheme extended 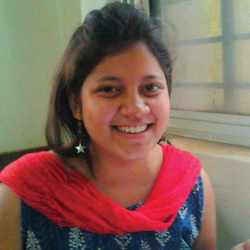 This is good news for everyone willing to but missed their chance to file pending GST returns. The deadline of the GST Amnesty Scheme is extended, and here is why you should clear off all the pending returns before 30th November 2021.

The Amnesty scheme became active on 1st June 2021 and was to end on 31st August 2021. However, on 29th August 2021, the Ministry of Finance declared that the scheme is extended by another three months. Thus, the newly announced deadline for the scheme is 30th November 2021.

Amnesty means pardon against a political offence. The government launched this scheme to give the defaulters another opportunity for filing pending returns. In addition, it reduces the late fees for not filing GSTR-3B by giving it an upper limit. This feature is commonly known as capping of late fees. As foreseen, the scheme might benefit 89% of taxpayers.

Avalara helps businesses of all sizes to automate their tax compliance and adapt healthy tax practices. Our GST suite has helped many. So, if you are tired of the tax complexities, automate with us and relax. Click here to know more.

We keep posting updates regarding changing global and local tax regulations. Also, please read our blog about the recent scheme RoDTEP that the government announced to encourage exports.

Share: Share to Facebook Share to Twitter Share to LinkedIn Copy URL to clipboard
APAC India Compliance GST GST Legislation
Sales tax rates, rules, and regulations change frequently. Although we hope you'll find this information helpful, this blog is for informational purposes only and does not provide legal or tax advice.