GST: More Than a Fiscal Reform

Money made through illegal or unauthorized transactions, or “black money,” fosters corruption.

A lot has been written about black money and its negative effects on the Indian economy, as well as society, in last several decades. Efforts were made to bring back money stashed in Swiss accounts, and laws were introduced against money laundering and Benami transactions. Yet a significant part of the Indian economy still operates with cash that is not accounted for.

Those with unaccounted money are more powerful in the system. They can buy favours, influence decisions, and get away from the law of the land after committing a crime or breaking the law — all without leaving behind any trail to indicate how money changed hands. Virtuous, law-abiding citizens who pay appropriate taxes on their income can appear comparatively powerless before the unholy nexus of black money, criminals, and politics.

The creation of black money has been made easier by India’s multi-layered indirect tax laws. There is no effective mechanism to track unreported income, as each set of tax laws — excise, VAT, Service Tax, and so on — are administered by different authorities who do not communicate with one another about the extent of unreported transactions.

Imagine a system where every rupee in a transaction, whether earned through the sale of goods or provision of a service, is tracked from the initial generation of the resource to the last stage of consumption.

Imagine an IT-enabled system, capable of connecting and reconciling with multiple administrative databases, such as imports, exports, RBI, banks and income tax, all at the click of a button.

This is precisely what a well-implemented Goods and Services Tax (GST) system will attempt to deliver to Indian citizens. The proposed GST system would tax each supply of goods and services at their source of origin, and then again at every stage of the supply chain. The registered reseller or user will be able to claim the full credit of taxes paid on earlier stages, as long as the product or service is used for further sale or used in manufacturing of goods or provision of service. These GST tax credits can be used to pay the GST liability arising out of further supply.

It is mandatory for businesses to register to pay GST when they cross a threshold limit of rupees (10 lakhs). Once this threshold is passed, the business will have to upload all transaction invoices to the GST portal. Once the seller uploads details of the organisation's sales to another buyer who is registered, the system automatically generates a purchase register for the buyer and a tax credit is generated for the purchaser. This linking continues until the goods or services are bought by a consumer, who is the last link in the supply chain.

If a vendor fails to upload his or her sales, it would be at the cost of the buyer losing the tax credit. Therefore, buyers will stop buying from a vendor who does not declare his or her sales.

In a nutshell, the system drives the tax evader out of business, as no one will be willing to do business with him or her. GST strikes at the root of where black money is generated.

GST promises a society where bribes will be discouraged as the system tracks the money trail. If implemented according to plan, policies and law will no longer be able to be twisted with the use of black money. If this is what the future holds for the GST regime, no individual or organisation will receive differential treatment.

GST, then, is more than just a fiscal reform. In reality, the implementation of GST is the beginning of a new era — one in which corruption will gradually subside and the common man will regain his rights to equality and justice. The GST is truly the anti-black money law, and the biggest social reform that the country has ever seen since declaring independence.

To learn more about how Avalara can help you with GST automation, contact us through https://www.avalara.com/contact-us/

This blog is contributed by CA Harshad Shinde. 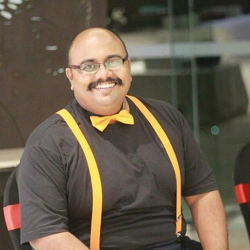 Avalara Author CA Harshad Shinde
Harshad is a subject matter expert in VAT & GST at Avalara India. He started his own CA practice in 2003. In last 13 years, he has expanded his firm, RK Shinde & Co. to 500+ clients from Real estate, manufacturing and several other sectors looking for specialized financial consultation and filing services in VAT & Service Tax.
Let's chat