In this article, we will discuss the impact of GST rates on the entertainment industry and whether or not it is a welcome step as compared to the pre-GST regime.

Services like broadcasting, Direct-To-Home (DTH), etc. attracted an entertainment tax, the rate of which varies by state:

The service tax pre-GST was 15%, and the entertainment industry enjoyed an abatement of 40% on service tax, so that only 60% of the 15% service tax has to be paid. So, the total tax under the VAT regime was:

While the entertainment industry feels that these rates are very high, it is even more concerned that the GST Council will allow individual states to levy an additional local body tax (LBT). This would make movies the only products and services with dual taxation.

Levying an LBT would be at the discretion of individual states, and LBT tax rates could vary across the country.

According to several media industry executives and tax experts, some states, including Maharashtra, Madhya Pradesh, Gujarat, and Rajasthan have already said they will levy this LBT on cinema, cable, and DTH services. Other states, including Kerala, have decided against the idea.

What do industry experts have to say?

The Multiplex association emphasized that with the possible addition of a 10-25% local body entertainment tax, cinemas could end up paying more than the 28% GST.

“This dual taxation at prohibitive rates would not only lead to substantial increase in ticket prices for cinema goers but may well sound the death knell for the film industry, which already is faring quite badly, due to the continuous onslaught of piracy,” Deepak Asher, president of the association said in a statement. He added that a GST rate of 5% or 8% would be appropriate for the industry.

He also stated, "We are grossly disappointed because this will hamper growth. Cinema halls across the country have been downing shutters over the last two to three years, even in states where the tax rates were lower than 18%. Regional films that were so far exempted from entertainment tax will land in a suicidal situation with the new tax regime. Smaller multiplexes in the interiors depend on these movies. What will they do? We also have to pay an additional entertainment tax that the local municipal bodies will levy, depending on various factors. Where does that leave us?"

“Even if we assume tickets cost less than 100 rupees, we would still be looking at a hike of more than 10 percent in terms of tax liability. That will ultimately be passed on to the consumer,” said Rajkumar Akella, who heads comScore, an agency that tracks box office earnings in India.

Vikram Malhotra, producer of movies like Noor and Airlift, says “For producers, it's a squeeze situation — we can't pass on our cost pressure to the audience, we have to tackle organic industry competition from every corner and grapple with dual taxation as well."

In summary, if the dual tax system is imposed, movie buffs who enjoy spending their weekends going to various events or amusement parks would have to shed some extra bucks from their pockets, as the additional tax burden will be passed on to the end users.

Because the local body tax rates would vary from state to state, the only states that would benefit from the implementation are the ones with the higher entertainment taxes at present. If the municipal bodies choose to do away with the local body taxes, cine-goers in states like Maharashtra and Delhi could gain from the 28% GST rate, since the existing rate in these states is around 38% to 40% on average. On the other hand, it will have an adverse effect on cine-goers in states like Punjab, Andhra Pradesh, Telangana, Gujarat and Chhattisgarh, where the rates were much lower before.

Avalara is an experienced application service provider (ASP) and partner of authorized GST Suvidha Providers (GSPs). To understand how our cloud-based application Avalara India GST can help you with GST compliance automation, contact us through https://www.avalara.com/in/products/gst-returns-filing. 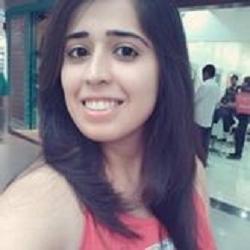 Avalara Author CA Nayan Rijhwani
Nayan is a Chartered Accountant by profession. She has also successfully completed Company secretary course. She is well versed with taxation concepts and keeps herself updated about recent developments in this field. In her free time, she likes creating learning material which simplifies complex concepts from the field of taxation and finance. She also loves teaching and takes lectures on weekends.
Let's chat