Impact on goods during GST migration

GST has been rolled out and the biggest indirect tax regime since India’s independence is finally a reality.

Amidst all the buzz that GST has created in the Indian market, businesses are still struggling to find answers to questions such as the following:

Eligibility to claim input credit of VAT or excise duty

Input tax credit of VAT or excise duty paid during the procurement of goods under the previous tax structure can be claimed in different amounts, depending on whether you have documents related to the payment of the VAT or excise duty.

If IGST is payable on goods, then you may claim the following:

To avail the input tax credit of VAT or excise duty if you were unregistered under the excise duty/VAT law but are registered now under GST law, the following conditions must be fulfilled:

Point to Ponder: A person registered as a composition supplier under GST cannot avail the input tax credit of closing stock held on 30th June 2017.

Previously unregistered dealers who are now registered under GST will be allowed to claim input tax credit of closing stock held on 30th June for six tax periods from 1st July.

Goods in Transit on 1st July

If goods were dispatched in VAT regime but reached the customer in GST regime, the goods will be called “in transit” on 1st July when GST rolled out. If the VAT or excise duty has already been charged on such goods, GST will not be imposed even if payment is made after 1st July.

In this case, since VAT has already been charged on goods, and the invoice has also been issued under VAT structure, GST will not be applicable.

If any goods had been sent out on an approval basis under the VAT regime and are subsequently returned within six months from 1st July, GST will not be charged.

If the goods are received back after 6 months from 1st July, both buyer and seller will have to pay GST on such goods.

GST will not be charged on inputs, semi-finished goods, or finished goods that were transferred under the following circumstances before 1st July 2017, and subsequently returned within six months:

Instead of returning goods, the goods may be directly supplied from the manufacturer within six months from 1st July 2017 by paying tax if the supply is within India, or without paying tax if goods are exported outside of India.

Point to ponder – If a manufacturer isn’t registered under GST, he or she can only supply the goods if the principal has declared the manufacturer’s place as an additional place of business.

The period of six months can be extended by another two months upon conveying sufficient reasons of delay.

If goods aren’t returned or supplied within six months from 1st July or the extended date (as approved by the commissioner), the input tax credit that had been availed under the VAT structure will be reversed. GST authorities will recover it as an “arrear of tax.”

Special point – If the manufacturer was holding inputs or goods in stock on behalf of the principal on 1st July, the manufacturer or job worker must declare the details of these goods in form GST TRAN-1 within 90 days of 1st July 2017.

All registered persons will have to file a signed declaration electronically in form GST TRAN – 1 within 90 days from the implementation of GST (i.e. 1st July 2017) mentioning the amount of input tax credit that the person is entitled.

At the end of each tax period, suppliers who don’t possess documents proving payment of excise duty must file form GST TRAN-2 mentioning the outward supplies that were made out of the closing stock held on 30th June on which the 60% or 40% credit has been availed.

So, gear up and start filing GST TRAN-1 to receive input tax credit for the months of July and August. Be sure to fill out the form correctly — mentioning all requisite details — so that your organization doesn’t lose any input tax credit.

Avalara is an experienced application service provider (ASP) and partner of authorized GST Suvidha Providers (GSPs). To understand how our cloud-based application Avalara India GST can help you with GST compliance automation, contact us through https://www.avalara.com/in/products/gst-returns-filing. 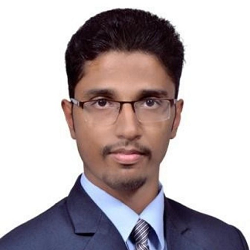 Avalara Author Hardik Lashkari
A CA aspirant by profession, Hardik is also a passionate content writer who has worked with reputed media houses and start-ups, magnifying on topics like Direct Taxation, GST and social issues through his writings. Besides this, he has been a paper presenter at various CA National Conferences and is found binge watching Cricket matches, when he is not working.
Let's chat