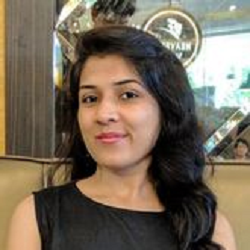 Since its implementation 1 July, 2017, India’s Goods and Services Tax (GST) has unified the country’s markets under a single tax regime, replacing the previous system of multiple central and state taxes. But adoption of and compliance with the new regime seem to be lagging, leaving experts speculating about further change as the government works to close the gaps.

The latest buzz? That the GST composition scheme may come under the reverse charge mechanism.

What is a composition scheme?

A composition scheme is an alternative method of levying tax designed for small taxpayers. Businesses with an annual turnover of up to 1.5 crore can choose to participate in the composition scheme by paying tax at a fixed predetermined rate on their gross turnover, without availing the benefit of input tax credit.

Revenue collections and concerns of the government

As per data released by the Ministry of Finance on 24 Jan. 2018, one crore taxpayers have registered for GST with 17.11 lakhs of them opting for the composition scheme.

Recently released figures show that the government collected Rs. 86,703 crores in GST for the month of December. Though this figure is higher than collections for November, figures for the July-September 2017 quarter show only Rs. 335.86 crore collected from those opting for the composition levy. To many experts, this indicates that the composition scheme may not be working as well as hoped.

Most people who opt for the composition scheme are below Rs. 20 lakh in turnover, and it seems some may be underreporting their income and evading taxes. Thus, Finance Minister Arun Jaitley, expressing concerns over low GST collections, has reintroduced the reverse charge mechanism (RCM) under Section 9(4) for those who opt for the composition scheme.

1) Reporting requirements are bound to increase, which will be a hardship for many small taxpayers. Previously, small tax payers reported their turnover in a single line item. However, the reverse charge mechanism calls for reporting details pertaining to reverse charges in separate GST returns.

2) Composition dealers may lose the competitive advantage they currently enjoy because of  a lower rate of tax. Also, taxes under reverse charge will have to be paid out-of-pocket, which will be an additional cost for businesses.

3) Taxpayers under the composition scheme will not be able to set off the reverse charge taxes that they pay. Presently, composition dealers enjoy relaxed rules around maintaining books of accounts and records. Once reverse charge kicks in, however, they will have to maintain books in a more systematic manner, which again will add to their bundle of difficulties.

Failure to comply will adversely impact the compliance rating of businesses. Those with a higher rating can expect their needs to be prioritized in the GST network (GSTN), while a low rating could very well indicate compliance problems that warrant more scrutiny.

Composition dealers will need to gear up to meet the increased challenges this change will bring, or shift to the regular GST scheme.

Avalara is an experienced application service provider (ASP) and partner of authorized GST Suvidha Providers (GSPs). To understand how our cloud-based application, Avalara India GST, can help you with GSTR-1 to -9, contact us through https://www1.avalara.com/in/en/products/gst-returns-filing.html.

5 Things Marketplace Sellers Need to Know About US Sales Tax

What to know about the US Sales Tax nexus?