India’s relatively new Goods and Services Tax (GST) system has encountered its share of kinks since the rollout this past July. Taxpayers face cumbersome filing procedures, lack of clarity about the guidelines, and continuous changes in GST rates — all of which have not only been a hassle but have also resulted in tax receipts lower than pre-GST amounts. Then there are the technological issues, which the government has been attempting to address in a phased manner.

It’s all left multiple experts, including the advisory group on GST set up by the Ministry of Finance, to call for easing GST compliance measures. Doing so, they claim, would both increase the tax base and ensure that registered taxpayers can pay taxes on time without difficulty.

Let’s look at some of the suggestions that have been proposed for different areas and industries.

At this time, the government has temporarily suspended the requirement to file forms GSTR-2 and GSTR-3. For now, GSTR-1 will be the de facto form for taxable supplies. Many experts go so far as to suggest permanently consolidating GSTR-1, GSTR-2, and GSTR-3 into a single form, with form GSTR-8 as a subset of this fused form.

Currently, the government mandates separate registration and filing of forms in each state in which a business has a presence. Centralizing registration and creating a single form for service providers, such as banks, insurers, and airlines, that have a presence in multiple states could simplify the filing process, reduce paperwork, and ensure better GST compliance — all of which were the primary objectives for the new tax system.

Although GST was touted as a harbinger of the ‘one nation, one tax’ philosophy, real estate and multiple petroleum products have been kept outside the purview of the new tax system.

Bringing the real estate sector under GST could add a level of transparency and structure that many feel are missing in the industry today, as well as benefit both developers and buyers.

Imposing GST on petroleum products could lead to a reduction in petroleum prices and, subsequently, tax receipts. However, states may view this as a negative; about 7.3 percent of their total revenue comes from petroleum, making it an integral avenue for states’ tax receipts.

1. At the time of buying inputs for making the product, to request an input tax credit (ITC)

2. At the time finished goods are exported, for the integrated GST (IGST)

Since IGST refunds must be paid in full, there is no need for calculation or adjustment. Nevertheless, multiple firms have pointed out that they have experienced denied or delayed refunds due to minor issues such as clerical mistakes or lack of synchronization with customs. If the amount of IGST paid per the GSTR were checked against the shipping bill, much of this confusion regarding invoice mismatch and differences in tax amounts might be avoided.

ITC refunds are somewhat more complicated. As per Para 89(4) of the Central GST (CGST) rules, the refund amount should be equal to the total ITC available to a firm, multiplied by the ratio of export turnover and the total turnover. In other words, reimbursement of entire ITC, and not GST, paid on exports. On the other hand, GST Circular No. 17/17/2017 mentions that the refund would be available only as unutilized ITC in relation to exports (and not total ITC). The government might consider providing clarification on what criterion is prevalent in order to ease the compliance process for taxpayers.

The initiation phase of the GST rollout is far from complete, but the GST Council is slowly and steadily inching towards its goal of harmonizing and simplifying the tax system in India. As the entire spectrum of GST compliance evolves, and more issues and technical difficulties arise, these suggestions may help the GST Council accomplish its goal of creating a more taxpayer-friendly process.

Avalara is an experienced application service provider (ASP) and partner of authorized GST Suvidha Providers (GSPs). To understand how our cloud-based application, Avalara India GST, can help you with GSTR-1 to -9, contact us through https://www1.avalara.com/in/en/products/gst-returns-filing.html. 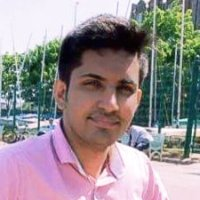