The e-invoicing journey: Now and beyond

With e-invoicing being mandated in an increasing number of countries worldwide, businesses must implement an e-invoicing solution or risk non-compliance.

Governments and businesses alike can benefit from increased transparency into transactions, and businesses should expect to shift away from traditional paper documents to online versions.

Read on to discover what’s in the pipeline for e-invoicing, and find out more about the future of e-compliance.

The e-invoicing journey so far

1965 — The first e-invoice
Believe it or not, the first electronic invoices were sent over 50 years ago, in 1965, using electronic data interchange (EDI).

1975 — Introduction of File Transfer Protocol (FTP)
FTP was introduced in 1975 and enabled easy file transfer via the internet. Heading into the 1980s, large retail and car manufacturing companies began encouraging their suppliers to use EDI.

After e-invoicing took off in LATAM, countries in Europe followed suit.

2008 — Portugal adopted SAF-T
SAF-T is an international standard developed for the efficient exchange of information between tax authorities and businesses. Portugal became the first country to require companies to export a standard audit file for tax purposes.

2008 — Introduction of PEPPOL
The Pan-European Public Procurement Online (peppol) model was initiated in 2008 to simplify electronic procurement across borders. The model developed technology standards and certified providers that could be accessed across all governments within Europe.

The overall objective was to enable businesses to communicate electronically with any European government institution in the procurement process, increasing efficiency and reducing costs. Now, there are OpenPeppol members in 40 countries in total — 32 countries in Europe plus Australia, Canada, China, Japan, Mexico, New Zealand, Singapore and USA.

As it stands, 83 countries have e-invoicing legislation in place. Within five years, we expect the majority of countries in Europe will have followed suit.

2017-2022 — The global proliferation of e-invoicing and new technologies
The e-invoice has transformed dramatically since the 2000s. Authorities have developed novel ways of tax digitalisation, making payment simpler for taxpayers and transactions more transparent for tax authorities. For instance:

The U.S. is the only major economy in the world without a federal VAT or GST system. Because sales tax is levied, reported, and administered at a state and local level with no input tax credits or recovery, formal invoicing content requirements haven’t developed. However, the Business Payments Coalition (BPC), organised and led by the Federal Reserve Bank of Minneapolis, is a group set up to promote the greater adoption of electronic B2B payments, remittance data, and invoicing. The BPC is developing standards and requirements to enable the broad exchange of e-invoices in the U.S. It has created and developed a proof-of-concept for an e-invoice exchange framework and has launched an E-invoice Exchange Market Pilot to further prove the feasibility and viability for a federal network model for e-invoicing.

From e-invoicing to global e-compliance

E-invoicing is a relatively new approach to tax collection. At Avalara, we believe it’s only the tip of the iceberg. Governments worldwide are experiencing huge benefits by mandating e-invoicing, and with new technologies and requirements being implemented every day, it’s highly unlikely digital compliance developments will stop at e-invoicing.

The next step for tax authorities will likely be to broaden their digital transformation efforts to cover other compliance documents, such as VAT returns and tax exemption certificates. The digitalisation of tax compliance paperwork is known as e-compliance.

A future filled with e-compliance means the entire compliance workflow could one day be in real-time. Any and every document could become digital and be exchanged electronically in real-time with any government or business. Of course, not every country will adopt the model immediately — but it’s a general vision that some authorities are already working towards. For example, Romania recently introduced an e-Transport system that reports the physical movement of goods in the country, helping to introduce digital reporting within customs and logistics.

The key takeaway for businesses is that it’s crucial to invest in a solution that not only works today but can handle the requirements of the future. The solution you use must be  flexible enough to manage e-reporting, e-auditing, and other business-critical documents as well as e-invoicing. By investing in a responsive platform that can adapt to the ever-changing compliance landscape, businesses can futureproof themselves and benefit from optimised processes.

Get ready for the future of e-invoicing with Avalara

The digitalisation of tax will not end with e-invoicing. Businesses need to be proactive and take action now to ensure they can comply with new requirements.

In our latest ebook ‘The future of e-invoicing’, we look deeper into the digitalisation of tax, assess the e-invoicing journey, and offer key insights into what’s on the horizon for global digital compliance.

The top 4 challenges of the subscription model

Tax in a Subscription-based Economy 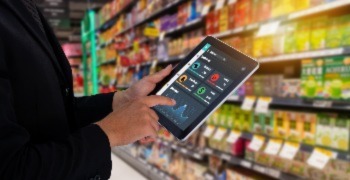 Sign up today for our free newsletter and receive the latest indirect tax updates impacting businesses selling internationally straight to your inbox.