Will the Treasury report be a boon for direct shipping of alcohol?

When President Biden issued an executive order to promote competition in the American economy (July 2021), he directed the Administrator of the Alcohol and Tobacco Tax and Trade Bureau to consider, among other things, “reducing any barriers that impede market access for smaller and independent brewers, winemakers, and distilleries.” The resulting report, released by the Treasury Department February 9 and titled Competition in the Markets for Beer, Wine, and Spirits, includes careful analysis with numerous recommendations for promoting competition. Although many of the recommendations for industry change may take years to come to fruition, there may be more immediate consequences for one of the focus areas: direct shipping of alcohol.

Treasury finds a pattern of growth and consolidation

The following “matters of concern” are listed in the report’s executive summary:

The report makes several specific recommendations to solve for these issues.

It advises the Department of Justice (DOJ) and the Federal Trade Commission (FTC) to study how mergers and acquisitions affect consolidation, distribution, innovation, monopolization, and pricing — particularly with respect to small and emerging businesses.

Finally, the report encourages states “to examine the effects of their regulations on small producers and their ability to compete, including their access to distribution.”

The report suggests one way to help small producers compete is to enable direct-to-consumer shipping. According to the report, the direct-to-consumer (DTC) business model encourages innovation, provides opportunities to serve small niches, and allows small producers to expand their distribution. Yet the Treasury also acknowledged that some restrictions on direct shipping “may have had legitimate consumer protection or public health rationales.”

Wine producers can ship directly to consumers in most of the country: Only Mississippi and Utah prohibit all DTC wine shipments, though Arkansas, Delaware, and Rhode Island require direct wine shipments to be purchased in person at the winery.

DTC legislation is already prominent in several states, including a high-profile bill in California that would open DTC shipping for distilled spirits. Distilleries and breweries are making efforts to expand their reach in multiple states, and wineries are looking to open up the few remaining states to DTC shipments. The findings in the Treasury report could prove to be persuasive to state legislators considering these bills.

What the Treasury did find is that direct shipping offers “distribution opportunities for small producers” in states where it’s permitted. This may explain why, when the Treasury was soliciting input, “numerous commenters argued in favor of allowing direct shipment as a way for small firms to bring their product to market as an alternative to restrictively regulated or concentrated distribution networks.”

For its part, the FTC has long been a proponent of direct shipping.

In a 2003 study of one local market (detailed in Possible Anticompetitive Barriers to E-commerce: Wine), the FTC found that 15% of a sample of wines offered online to consumers in McLean, Virginia, weren’t offered at retail wine stores within 10 miles of McLean. The study explained states seriously limit consumer access to “thousands of labels from smaller wineries” when they ban interstate direct shipments. Furthermore, consumers could save money by purchasing wine online — though savings depended on the price per bottle, the quantity purchased, and the delivery method.

The 2003 FTC report concluded with this: “State bans on interstate direct shipping represent the single largest regulatory barrier to expanded ecommerce in wine.”

According to General Manager of Avalara for Beverage Alcohol Jeff Carroll, the report played a substantial role in the U.S. Supreme Court’s decision in Granholm v. Heald (2005), which struck down Michigan and New York laws that allowed in-state wineries but not out-of-state wineries to ship directly to consumers in the states.

The Granholm ruling prevents states from discriminating against out-of-state producers in interstate commerce. However, it allows states to regulate direct-to-consumer shipping and mandate a three-tier system if they so choose. In other words, Granholm doesn’t require states to authorize DTC shipments.

And despite widespread support for DTC shipping, including by the FTC, the Treasury report found there to be lingering concerns over expanding direct shipments of alcohol.

There appear to be three main concerns about expanding DTC shipments of beverage alcohol. Some commenters worried that bypassing the wholesale tier would:

The 2003 FTC report found there to be “few or no problems with shipments to minors” in states allowing direct shipments. These states typically require age verification and an adult signature at the point of delivery. However, Treasury concedes, “it is possible that wine may have a more limited appeal to younger audiences than other beverages, and it is certainly possible that beer and spirits raise different issues than wine in these respects.”

Ultimately, Treasury concludes, state officials need to evaluate the distribution opportunities DTC shipping affords small producers and the comparative risks it may present to underage drinkers. It encourages the DOJ and the FTC to “engage with state actors on state laws impacting competition in the alcohol markets by submitting letters in response to state legislative requests for technical assistance.” You can find more details in the report, Competition in the Markets for Beer, Wine, and Spirits.

Find more news related to the direct shipping of alcohol at the Avalara Tax Desk.

Alcohol regulators rain on "good for you" labeling claims 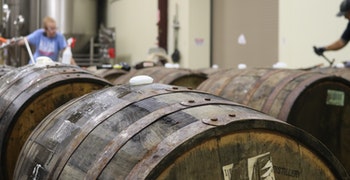