A new sales tax amnesty program for third-party sellers is in the works. It's designed to encourage Fulfillment by Amazon (FBA) and other marketplace sellers to collect and remit sales tax, and is scheduled to run August 17 through November 1, 2017. This doesn’t allow much time for consideration: Sellers interested in taking advantage of this program should act quickly.

Update: to see a list of FAQ and answers about the amnesty program, visit our latest blog.

One of the primary considerations for sellers interested in amnesty is where they have nexus, the obligation to collect sales and use tax on behalf of the state. Understanding nexus can be especially complex for marketplace sellers.

Marketplace sellers such as FBA sellers are third-party businesses that use Amazon (or eBay, FedEx, etc.) to fulfill orders on their behalf. As a result, their inventory is stored in any or all warehouses owned or operated by a third-party marketplace. Keeping track of exactly where that inventory is stored requires diligence, for Amazon moves it as it deems necessary.

Generally, having a physical presence in a state triggers nexus, an obligation to collect sales and use tax on behalf of that state. To date, state tax authorities have largely turned a blind eye to the myriad businesses that sell through third-party marketplaces. However, states are hungry for tax revenue from marketplace sales, which topped $1 trillion nationwide in 2016.

Minnesota and Washington have already enacted legislation that specifically taxes marketplace sales. Virginia law now holds that storage of inventory in the Commonwealth creates sufficient nexus to require out-of-state businesses to collect Virginia sales and use tax. The Arizona Department of Revenue has ruled that “online marketplace businesses with Arizona nexus” are liable for tax on certain third-party sales. A number of other states, including New York, Rhode Island, and Texas, have also considered taxing marketplace sales.

With more than a trillion dollars in annual marketplace sales in play, states are keen to collect revenue from these transactions. In the absence of written laws or policies authorizing them to do so, some states may take the position that they are entitled to tax the sale of any physical good that is physically present in the state. In theory, they could also demand tax revenue from sales occurring during their look-back periods, along with interest and penalties.

The amnesty program specific to online marketplace sellers is being spearheaded by the Nexus Committee of the Multistate Tax Commission (MTC), and the mechanics of the program will be run through MTC’s National Nexus Program (NNP). NNP already offers a Multistate Voluntary Disclosure Program that encourages taxpayers “to commence filing and paying taxes in states in which they may have substantial nexus.” States participating in the new tax amnesty program will work through this voluntary disclosure program.

Marketplace sellers that have nexus with one or more participating states through the inventory they maintain in a marketplace provider’s fulfillment center or warehouse will be eligible for this sales tax amnesty. Those who wish to participate should fill out a voluntary disclosure form through the MTC, indicating where amnesty is being sought (sellers do not need to seek amnesty in all participating states). MTC will then anonymously distribute this form to the applicable states.

Third-party sellers will then have to register to collect sales and use tax in their selected states. At this time, it appears that a seller’s participation in the amnesty program would protect them from liability for back taxes (and in some cases interest and penalties) generated during the states’ look-back period.

What marketplace sellers should consider

The sales tax amnesty offered through the voluntary disclosure program affords a rare opportunity to FBA and other marketplace sellers concerned about their sales tax liability. However, participation will require collection and remittance of sales tax moving forward. As a result, participation should be carefully considered.

Participating states will not disclose the identity of participating third-party sellers to other states in any sort of mass communication. However, due to information sharing agreements, states may be required to acknowledge that a particular business is participating in the program if directly asked.

It should be noted that Amazon will collect tax for its third-party sellers, but only if the seller requests that service. Sellers must remit and report collected taxes themselves. In addition, Amazon charges a fee for this service: 2.9 percent of the sales tax collected.

The sales tax amnesty is a work in progress and details are subject to change. Avalara will provide updated information as it becomes available.

PROSPER will be hosting a live webinar with Richard Cram of MTC on August 9 at 11 a.m. PST/2 p.m. EST. Register now. 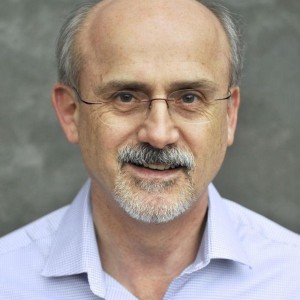 Avalara Author Scott Peterson
Scott Peterson is the Vice President of U.S. Tax Policy and Government Relations for Avalara, Inc. In his role, Scott leads Avalara’s effort to be the first name in sales tax automation. Prior to joining Avalara Scott was the first Executive Director of the Streamlined Sales Tax Governing Board. For seven years Scott acted as the chief operating officer of an organization devoted to making sales tax simpler and more uniform for the benefit of business. Before joining Streamline Scott spent ten years as the Director of the South Dakota Sales Tax Division where he was responsible for the state sales and use tax, the state’s contractor’s excise tax, the sales and use tax for over two hundred cities, and the sales and use tax for four tribal governments.