To create a more level playing field between in-state and out-of-state retailers, Illinois changed its sales tax laws. Effective January 1, 2021, most remote retailers with an obligation to collect sales tax in Illinois must collect local taxes in addition to state tax, as in-state businesses generally do. Collection requirements for marketplace facilitators also changed.

Behind the curtain of Illinois sales and use tax

Illinois has an extremely complex sales and use tax system. In fact, “sales tax” in Illinois “actually refers to several tax acts”:

The difference between retailers’ occupation tax and use tax is more than semantic.

The use tax rate is 6.25% for general merchandise and 1% for qualifying food, drugs, and medical appliances. According to Scott Peterson, vice president of Government Relations at Avalara, “The state use tax includes a percentage that is allocated to local governments.” Because of this, retailers that collect use tax don’t have to calculate local taxes.

Illinois has enforced economic nexus since October 1, 2018. Out-of-state sellers with no physical presence in Illinois (i.e., remote retailers) must register then collect and remit tax on sales into the state if, in the preceding 12 months, they meet one of the following economic nexus thresholds:

Prior to January 1, 2021, remote retailers with economic nexus were generally required to collect the state use tax on sales delivered into the state (not state and local retailers’ occupation tax).

Starting January 1, 2021, remote retailers with economic nexus must collect state and local retailers’ occupation tax on sales delivered to consumers in Illinois, at the rate in effect at the point of delivery.

Out-of-state retailers with inventory in Illinois

Note that different rules may apply to out-of-state retailers with inventory in the state of Illinois.

Out of-state retailers making both direct and marketplace sales

And as with remote direct sellers, the collection requirements for marketplace facilitators changed on January 1, 2021.

Destination sourcing governs all marketplace (i.e., third-party) sales, whether the marketplace seller is based in Illinois or another state. Thus, the marketplace facilitator must collect the state and local ROT at the rate in effect at the point of delivery.

However, origin sourcing rules govern direct sales by a marketplace facilitator that are fulfilled in or shipped from a location in Illinois. The marketplace must collect the state and local ROT rate in effect where the selling occurs.

There are three possible scenarios:

To help retailers and marketplace facilitators figure out their collection obligations, the IDOR has created a nifty flow chart.

Retailers and marketplace facilitators will likely find this new system confusing. They’re unlikely to be alone.

Consumers may be confused

The IDOR provides numerous examples to help taxpayers understand their new obligations at Registration Examples for Marketplace Facilitators and Remote Retailers. Additional information can be found on this resource page.

It’s complicated, but it’s complicated for a reason. As Illinois works to revise its tax system, it must ensure existing revenue streams aren’t overly impacted. Scott Peterson explains, “The state use tax includes a percentage that is allocated to local governments. One of the state’s complexities is minimizing who stops paying the use tax, as local governments that get that money today expect to get it tomorrow.”

Easing the burden of compliance

The Illinois Department of Revenue encourages remote retailers to ease the burden of compliance by using a certified service provider (CSP) to collect and remit sales and use tax on their behalf. Alternatively, retailers can use a certified automated system (CAS) to help them calculate the proper retailers’ occupation tax rate.

Learn how Avalara AvaTax can reduce the pain of tax compliance in Illinois and other states at avalara.com.

A word about other taxes

The IDOR has published guidance on other taxes it administers, including the Chicago Home Rule Municipal Soft Drink ROT.

Share: Share to Facebook Share to Twitter Share to LinkedIn Copy URL to clipboard
Illinois Document Management Ecommerce Economic Nexus FBA Sales and Use Tax
Sales tax rates, rules, and regulations change frequently. Although we hope you'll find this information helpful, this blog is for informational purposes only and does not provide legal or tax advice. 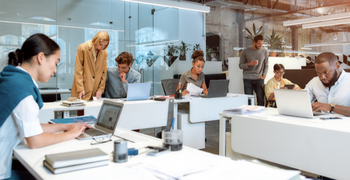