Small business: With tax calculations, you can’t just zip through

There are more than 13,000 sales tax jurisdictions in the United States. That’s a lot of individual tax rates for a small business to figure out. Given that, smaller remote sellers have a very real — and understandable — desire for a simple way to calculate the tax they need to collect on a sale.

So why not just do it by ZIP code? That seems straightforward enough.

Well, the short answer is: ZIP codes were created by the U.S. Postal Service (a federal agency) in 1963 to help speed up the sorting of mail.

Therefore, they’ve got nothing to do with the boundaries for cities, counties, and other potential taxing jurisdictions; those were set by state and local governments over the past couple centuries for reasons that don’t have anything to do with processing mail.

ZIP code and tax boundaries sometimes line up — but often, they don’t.

For a longer answer, let’s start by looking at the situation at my house.

I live in a suburb, which for privacy reasons, I’ll just call My City. My City doesn’t have its own post office, nor its own ZIP code. Instead, people on our end of town get their mail from the post office in a nearby city, which we’ll call the city of Nextdoor.

If you look at our ZIP code, it indicates that we live in Nextdoor — but we don’t. We pay My City taxes and vote in My City elections. Any remote-selling business that collected sales tax from me then remitted those taxes to the city of Nextdoor would be making a mistake that My City probably wouldn’t appreciate.

This is not the only place I’ve lived with a situation like this.

I once worked in a de facto dry town. It wasn’t written into any laws; there was only one shopping center in the heart of the town, and the landlord didn’t rent to any businesses that sold alcohol. A majority of the town’s residents belonged to churches that actively shunned alcohol, so most people seemed OK with this.

There was a strip of land with a few commercial buildings on the edge of that town. The lots all had ZIP codes indicating they were part of the town, but in truth they were just outside of its limits. That meant the convenience store on the corner — which had a town ZIP code and a lot line that pushed up to the town limits — was able to sell beer and wine under a county-approved license. This frustrated the teetotalers within the town limits who’d periodically petition the town council to do something to combat the sale of alcohol “in” the town.

It also meant the store didn’t collect (or remit) any town taxes, even though it shared a ZIP code with all of its residents and businesses.

And prior to that, I worked in a town right on the border between two states. The town had been there before the boundary was drawn. When the boundary was set, most of the business owners decided they wanted to be in the new state, so they moved three blocks over and started a new downtown. The rest stayed behind in the old town, and over time houses and businesses filled in the three-block gap.

When I got there a century later, the state line ran down the middle of State Avenue, but the only sign of that was that some streets changed names as you crossed the boundary. (The roadway called Second Street became Pine Street, for example, as you crossed State Avenue.) South of downtown, State jogged about 20 feet west, so that for a couple blocks there were lots with houses in one state and front yards in the other. Some homeowners crossed the state line walking out to their mailbox.

There’s one post office for the two towns, and while both towns have separate ZIP codes, you could live in one state and get your mail delivered to a Post Office Box with a ZIP code from the other state.

This was a minor scandal back in my day: A business with a storefront in one town kept a P.O. Box with a ZIP code for the other town. It claimed it was two separate businesses, each operating in its own state, and it used that P.O. Box address to bid on public contracts reserved for in-state companies in the second state. A competitor complained, and it took an opinion from the second state’s Attorney General’s Office to sort it all out.

Fast-forward to today, and if you’re a remote seller collecting taxes on sales to those two border towns based solely on ZIP codes, you not only might be collecting and remitting the wrong local taxes, there could be state tax complications as well.

Those are just a few examples from one guy’s life. The tax experts here at Avalara have scores of examples of even more complex scenarios, from other border towns and from states like Colorado, Louisiana, and also Missouri, which has 2,200 tax jurisdictions. In Missouri, the sales tax rate can be different depending on which side of a street you’re on — even if the ZIP code is the same.

The bottom line is this: ZIP code boundaries don’t line up with the boundaries of tax jurisdictions because they were formed at different times for different purposes by agencies in different levels of government. Because of that, using ZIP codes as the basis for accurately calculating how much tax to collect and remit simply doesn’t work. It’s like using a hammer to drive in a screw.

To avoid screwing up your tax collection and getting hammered by auditors, read Tax calculation 101, part of our Small business FAQ, which has detailed information on this and other small business tax issues.

Share: Share to Facebook Share to Twitter Share to LinkedIn Copy URL to clipboard
North America Sales and Use Tax
Sales tax rates, rules, and regulations change frequently. Although we hope you'll find this information helpful, this blog is for informational purposes only and does not provide legal or tax advice. 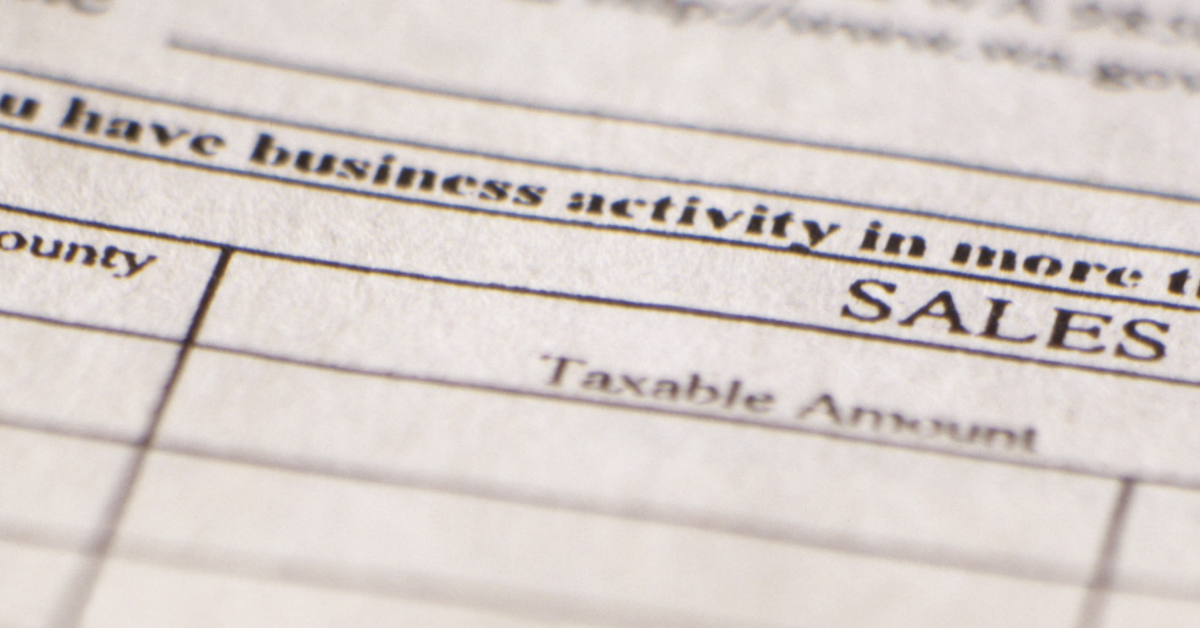 What is a drop shipper and how does drop shipping affect sales tax?