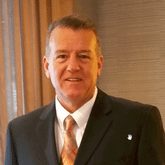 Thirty U.S. states plus the District of Columbia kicked off the new year on January 1 with taxes on vaping products and e-cigarettes in place.

That’s a rapid increase in just a handful of years. In 2015, for example, only three states and the District of Columbia had taxes on vaping products. But since then, a steady stream of states either extended existing tobacco excise taxes to include vape products or passed tax laws that specifically taxed e-cigarettes or vape juice.

This has been a dramatic change for vaping products sellers over a short period of time. A decade ago, a vape-products retailer only had to worry about taxes in the state where they were located. Today, every shipment a retailer makes across a state line could be subject to a different level of excise taxation – or even none at all.

There are a lot of federal restrictions on vape product sales, but for now, at least, there is no federal-level tax on vaping products in the United States.

Instead, vape product sellers must deal with state excise taxes on their products, although two states have vape-specific sales taxes instead. Some states also allow local jurisdictions to establish their own vape taxes.

And for vape retailers who sell online, there’s the added complexity of needing to comply with laws and regulations in each of the states where their customers reside, including sales tax nexus requirements.

All other U.S. states (along with the District of Columbia, Puerto Rico, and U.S. Virgin Islands) had vape excise taxes in place as of January 1. In addition, two states currently have local jurisdictions collecting additional excise taxes on vape products: Cook County and the city of Chicago in Illinois, and Montgomery County in Maryland.

There are two basic ways to calculate excise tax on vape products: as a percentage of sales price or as a volumetric tax – either per unit, in the case of vape pen cartridges, or per milliliter when it comes to vape juice.

In some states, it can be both. For example, Illinois state levies a 15% excise tax on the wholesale price of all vape products sold anywhere statewide; but Cook County and Chicago levy an additional tax of 20 to 55 cents per milliliter on vape juice sold within their jurisdiction.

Similarly, Connecticut, Georgia, and Kentucky tax some vape products at a per-unit rate, while other products are taxed as a percentage of the wholesale price. (Most states that tax on a percentage of sales price add the tax at the wholesale level, however, Maryland and New York add specific vape excise taxes at the retail level.)

In addition, Maryland is one of eight states that have different excise tax rates for different products. (In Maryland’s case, the tax rate is 60% of retail price on cartridges with 5 milliliters or more; 12% otherwise.) Puerto Rico also does this, with a $3 per-unit tax on vape pens, and a 5 cent-per-milliliter tax on nicotine solutions.

Of the states that charge based on percentage of wholesale price, there’s a dramatic difference in rates between Minnesota (95%) and Vermont (92%), which have the steepest rates, and New Hampshire, which at 8% on wholesale (for open units) has the lowest rate among states with any tax at all.

Vaping products and e-cigarettes don’t exist in a purely local marketplace. Online sales are a significant portion of total purchases, making up about 28% of the U.S. total, data shows.

(Traditional retailers – convenience, grocery, and drug stores, mostly – are the number one place for vapers to go, selling a little more than half of all e-cigarettes bought nationwide.)

Most of the public debate over online sales of vaping products has centered around requirements to restrict purchases by underage buyers.

But, just as it is for other online merchants,  tax compliance is a major issue that should not be overlooked.

From a tax compliance standpoint, it’s essential that any online vape-selling retailers can untangle taxation rules by jurisdiction to ensure they collect and remit the correct amount of excise tax. This can be a complicated thing for online merchants, who may be taking orders from buyers in a dozen different states in any given week.

If you’re an online vape products seller in Indianapolis, for example, you don’t have to collect excise tax on sales made in state today, but you will have to pay a tax of 15% of your gross retail markup on e-cigarette sales starting July 1.

If you’re shipping product to buyers in Indiana’s neighboring states, you’ll need to collect a tax of 1 cent “per vapor volume” from Ohio buyers, 15% of your wholesale price from Illinois buyers (plus additional per-milliliter taxes tax if they’re in Cook County or Chicago), and tax of either $1.50 for each closed cartridge or 15% of wholesale price for refillable systems for everything you sell into Kentucky.

(You won’t have any excise tax requirements at all for sales into Michigan. Lucky you.)

That means you’ll need to keep accurate records of how much you paid your wholesale distributors for each item, as well as how much you sold it for – just to comply with the new Indiana law. You’ll also need good records of how much you shipped of each item to each buyer in each state, and what they paid for it. You’ll need to track sales of things like battery chargers, which might not be subject to state excise taxes, but may be subject to state and local sales tax.

There are a lot of challenges. You have to invoice your customer correctly to ensure you collect the right tax money.

Totally aside from your tax compliance obligations, it also would be a customer service disaster if you or your team miscalculated the tax rates and charged the “MN” rate (Minnesota’s 95% wholesale tax) to a shipment going to a customer in “MI” (no-vape-tax Michigan).

We’ve covered recent major changes in tobacco and vape tax laws in-depth in our Avalara Tax Changes 2022 report, which you can read here.

Guide to registering your small business