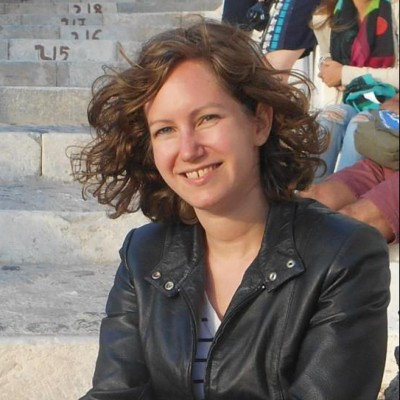 A firearm is a serious piece of equipment. So it's no wonder guns and ammo come with serious sales and excise taxes. Many firearms business owners will need to collect and remit firearms-specific federal, state, and local taxes. Starting at the federal level, the first tax consideration is the FAET.

What is the FAET? Do I have to submit it?

The Firearms and Ammunition Excise Tax (FAET) is a federal tax on the manufacture, importation, production, and sale of firearms and ammunition, including shells and cartridges. Pistols and revolvers are subject to a 10 percent FAET on the sales price, while rifles, shotguns, and ammunition carry an 11 percent tax. This is separate from any state sales taxes on guns or ammunition.

Gunsmiths, firearms manufacturers and importers, and ammunition reloaders may all be subject to FAET. One possible exemption falls under Title 26, United States Code, Section 4182: if you manufacture, produce, or import fewer than 50 firearms in a calendar year, you may not need to collect and submit FAET. Important facts about this FAET exemption include:

Besides the 50-gun exemption, certain firearms sales are exempt from FAET:

Other potentially FAET-exempt cases are detailed by the Alcohol and Tobacco Tax and Trade Bureau.

State sales tax rates can vary widely. Firearms manufacturers and sellers should pay careful attention to rates in each state where they do business. Normally, the state sales and use tax applies to firearms and ammunition. However a few states, including Mississippi and Louisiana, have hosted tax-free “Second Amendment weekends” for gun and ammo sales. Some local tax jurisdictions may choose not to participate. South Carolina also ran tax-free periods on firearms from 2008-2010, and Texas proposed a firearms tax holiday but didn't enact it. There's always a chance that these or other states may reconsider introducing tax-free days for firearms.

There may also be additional taxes for gun sales in particular. Bills proposing sales tax on guns or ammunition often see pushback from gun rights advocates because they see these taxes as in conflict with Second Amendment rights. Still, especially after mass shooting tragedies, some localities have passed tax measures of which firearms dealers should be aware. Examples include Cook County, Illinois, which passed a $25 tax on each firearm purchased, and a $25 gun tax and two- or five-cent charge on ammunition rounds in Seattle, Washington.

Traveling to gun shows can be a great way for firearms business owners and collectors to make lucrative sales. Business owners may have to register for a temporary special events license or other business permit to be a firearms vendor in a state where you don’t usually do business. Even casual sellers are probably subject to sales tax, since most states collect sales tax even from temporary vendors. Check state guidelines before the gun show to see if you should register under a special license. In states that don't have a statewide sales tax, keep in mind that other requirements may apply.

Of course, traveling can be hectic, and some business owners prefer to arrange all the sales they need online. The general process for an online firearms sale is that the purchase ships to a federally licensed firearms dealer, not directly to the buyer. This facilitates background checks. It can also sometimes make the sales tax aspect more complicated. With online gun sales, collecting and remitting the sales tax may fall to the gun dealer, rather than the original retailer.

In California, the firearms dealer collects the sales tax from the customer and remits it to the state. The tax applies to the total sales amount, and includes the invoice charge of the gun and service charges from the gun dealer. A bill proposed in 2013 stated that "California's sales tax is based upon a retailer's gross receipts from TPP sales, including sales of ammunition." That would appear to indicate that if the FAET is considered included in the "gross receipts" total, California sales tax would then also apply to the FAET.

When making a potentially tax-exempt firearms sale, firearms business owners should consider FAET and state sales tax separately. Government agencies are not automatically exempt from state sales tax, especially state and local governments, even if they are exempt from the FAET. Arizona taxes retail sales to the U.S. government at half the usual tax rate. The FAET may also apply in certain cases where a state sales tax may be exempt (such as those Second Amendment weekends).

As you can see, because there are so many variables, it’s important for firearms business owners to implement an excellent system to manage gun and ammunition sales tax throughout the country.