Destination vs. Origin sourcing: Why location matters in the online commerce debate 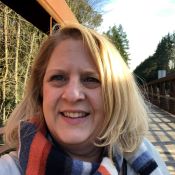 Location, location, location. The number one rule in real estate is now the tipping point in the debate on Internet sales tax. Battling legislation calls into play the fairness of destination versus origin sourcing when applying sales tax rules. While lawmakers continue to drag their feet on a formal decision, there’s no shortage of options (or arguments) for who should have the power to collect should a federal remote seller sales tax law go into effect. In June, another proposal hit the hopper, this time from Utah Rep. Jason Chaffetz, bringing the official bill count up to three.

The Remote Transactions Parity Act (RTPA) closely resembles the Marketplace Fairness Act (MFA) with some marked differences, the most notable being the small seller exception; RTPA bases it on gross receipts, not remote sales. The RTPA also includes a catalog sales exception and would give multi-state nexus to all sellers who participates in online marketplaces.

Both MFA and RTPA sit squarely in the destination sourcing camp, which means that remote sellers collect tax based on the location of the buyer, not the seller. Opponents of destination sourcing say it allows states to collect sales tax even when the business isn’t within its borders, makes determining nexus and rates more difficult, and opens the door for greater audit risk. It’s also the way most states handle sales tax nexus now. Currently, 34 states that collect sales tax and the District of Columbia follow destination sourcing rules. Only 11 states apply origin sourcing rules, which uses the seller’s location to determine sales tax. California is unique in that it is a modified origin state; state county and city taxes are based on origin while district taxes are based on destination.

The third bill under consideration, the Online Sales Simplification Act (OSSA), advocates for origin sourcing. Introduced by Rep. Bob Goodlatte (R-VA) earlier this year, OSSA aims to preserve the state boundaries for tax collection and includes a provision to prohibit states that opt-out from collecting sales tax on remote sales.

Sourcing rules are explained more in Part 1 of Avalara’s Definitive Guide to Sales & Use Tax. This comprehensive 4-part manual is a must-read for anyone dealing with transactional tax compliance.

Origin or destination-based, a broadly applied federal Internet sales tax will only add to the compliance burdens for online sellers. Even now, in the absence of federal legislation, states are making up their own rules regarding sales tax on remote sales. Having sales tax management automated in your billing, ERP or ecommerce system is a smart way to ensure you’re up to speed on tax rates and rules now and in the future.