We’re not in “Taxachusetts” anymore — interesting tax facts about Massachusetts

The Commonwealth of Massachusetts is perhaps best known for its historic landmarks and universities as well as its vacation-friendly seaside villages and local cuisine. It’s also home to some of the best hospitals in the world and several Fortune 500 companies, including Liberty Mutual, Raytheon, Staples, TJX, Dell EMC, and Boston Scientific.

And do we even need to mention the New England Patriots? Many of us here at Avalara headquarters in Seattle are still smarting over the Seahawks’ Super Bowl loss to Tom Brady and Co. just a few years ago.

Another thing Massachusetts has long been known for is its tax climate — and not necessarily in a positive way. (Unless you think the nickname “Taxachusetts” was coined out of love, that is.)

Thanks to several rounds of tax reforms, however, things have shifted: Massachusetts is considered relatively business-friendly. In recent years, Boston has welcomed startup firms and several major companies to the Seaport District, including GE.

The state even had a sales tax holiday in 2018 for the first time in a couple of years — something that apparently will become an annual tradition for the foreseeable future.

Although Massachusetts still levies a 6.25 percent sales tax on most tangible items, there are quite a few exemptions, including food, healthcare items, and more. Below are some of the more interesting ones we’ve found.

When do you need to charge sales tax?

Keep in mind that even if your business is located outside of Massachusetts, you still could have nexus if you sell online to customers there. The state maintains that large internet vendors have a physical presence in the state through the software and cookies they place on customers’ in-state computers and communication devices to facilitate sales.

Want to learn more about tax obligations in Massachusetts? Our Massachusetts Sales Tax Guide can help. And when you’re ready to explore ways to make the sales tax process easier — wherever you may have nexus — be sure to check out how Avalara solutions support businesses of all sizes. 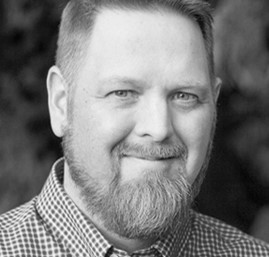 Avalara Author Mike Plaster
Mike Plaster is a former journalist who now owns and runs a small business. He began a partnership with Avalara in 2018, aiming to shed light on issues important to small business owners and Amazon sellers.

Get our monthly newsletter

Let's chat
I'm interested in learning more about Avalara solutions.
Chat with Sales
I am an Avalara customer and want to chat about my products and services.
Chat with Support